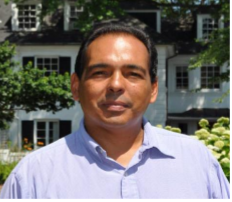 Raúl Rodríguez is a professor/researcher and currently Director of the Center for Hemispheric and United States Studies at the University of Havana. Mr. Rodríguez holds a M.A. degree in 20th Century History and International Relations and a Ph.D. in History from the School of History and Social Sciences at the University of Havana and a degree in English from the Higher Institute of Foreign Languages.

Félix Julio Alfonso Lopez has a Phd in Historical Sciences, MA in Interdisciplinary Studies – Latin America, Caribbean and Cuba, degree in history, and diplomas in Social Anthropology and Public Administration.  He’s professor and Associate Dean of SAN Geronimo University.  He has published more than 50 articles on Cuban history and culture as well as baseball.

Linda Manning is the director of the University of Alabama Press. Manning previously served as director at Northern Illinois University Press while also acquiring titles in the areas of U.S. history, regional studies, Southeast Asian studies, and Midwestern fiction. Having spent the past twelve years in academic publishing, she also served in marketing and sales roles at NIU Press and the University ofUtah Press.  She holds a bachelor’s and master’s degree in French from Northern Illinois University.

Professor Santana specializes in comparative literature and her research examines relations between literature and cinema and the construction of social imaginary in artistic discourse. She coordinates the Intermediality and Social Imaginary Study Group. She has published the books Islands and Fictions (Ed. Art and Literature, 2008) and Literature and Cinema: Crossed Readings on the Memories of Underdevelopment (Editorial UH / ICAIC, 2010). Her most recent articles focus on the imaginary of Cuban cultural process in cinema and cultural reviews.

José Antonio Baujin Pérez. has PhD in Philological Sciences (2003) and is titular professor at the Faculty of Arts and Letters of the University of Havana and served as dean (2006-2012). He’s currently the director of the UH University Press (Editorial UH) and editor of the literary magazine La Siempreviva.

He is a member of the National Letters Career Commission and vice president of the National Committee of PhD in Literary Sciences. He has received several university and national scientific awards. Professor Baujin’s  research is about Cuban literature, especially focusing on colonial period and the major writer Alejo Carpentier.

Marcelo Morales Cintero, born in Cuba in 1977, is a member of a generation of writers who came of age in Havana during the island’s “Special Period” of severe post-Soviet economic crisis. His influences range from international literature to readings in history and philosophy. Dedicated to the slow development of his book projects, Morales has earned many of his literary awards for segments of larger works in progress. For example, excerpts that would come together to form his 2006 poetry collection El mundo como objetowon the 2004 poetry prize presented by La Gaceta de Cuba, as well as an honorable mention in the national Julián del Casal prize competition and a coveted finalist position in the international Casa de las Américas competition.

Morales is also the author of the poetry collections Cinema (1997, Pinos Nuevos prize) and Materia (winner of the 2008 Julián del Casal prize), among others. His novel La espiral appeared in 2006. Morales edited and introduced Como un huésped de la noche, an anthology of poetry by Roberto Branly, published in 2010. (Bio from BrooklynRail.org)

José Maria Ameneiros Martínez is the Director of International Programs Office at Instituto Superior Politécnico José Antonio Echeverría, Cujae. He received a BS in chemical engineering from CUJAE in 1980 and his PhD in 1993.

His research interests include chemical unit process design, environmental engineering projects, and waste management from industry. Dr. Martínez has directed the center for Studies of Process Engineering since 2003. He has been an adjunct faculty at Guelph University and is fluent in English. Over his career, he has held a number of administrative positions including Vice-Dean of Curriculum Management for the College of Chemical Engineering and is currently the Coordinator of the undergraduate thesis requirement for chemical engineering. Dr. Martinez oversees agreements with more than 150 universities and is constantly building new relationships, including the one with the University of Alabama College of Engineering.

Derek Williamson has a BS in Engineering and Public Policy from Washington University in St. Louis and a Masters and Ph.D. in Environmental Engineering from The University of Texas at Austin.

Dr. Williamson is Director of four undergraduate degree programs in the Department of Civil, Construction, and Environmental Engineering at The University of Alabama. His current research interests include: program assessment of student learning outcomes, curricular development and assessment, student attitudes and the culture of learning, and the holistic professional development of the engineering student/early career professional.

Dr. Steven Jones has a broad range of experience in the area of transportation planning and engineering. His career includes time spent working in private industry in addition to more than 10 years in academics. His research and consulting experiences include work in traffic impact analysis, traffic signal systems design, bicycle and pedestrian planning, public transportation, transportation safety, intelligent transportation systems and environmental impacts of transportation. Jones is focusing his broad background towards new decision making tools for transportation agencies with a keen interest in applications in the developing world.

Dr. Steven Jones is an Associate Professor of Civil, Construction and Environmental Engineering at the University of Alabama. He has a broad range of experience in the area of sustainable transportation planning and engineering. His career includes consulting in the US and Europe in addition to more than ten years in academic teaching and research. His research and consulting experiences include work in traffic impact analysis, traffic signal systems design, bicycle and pedestrian planning, public transportation, transportation safety, intelligent transportation systems and environmental impacts of transportation. Jones is focusing his broad background towards new decision making tools for transportation agencies with a keen interest in applications in the developing world.

B.A. in English Language, M.Sc in Higher Education Sciences
PhD in Pedagogical Sciences (Havana University)
Fernandez is the coordinator of the International Collaboration Office, the Postgraduate Studies on International Cooperation and the International University Chair for Intercultural Development at Havana Technological University (Cujae).She has 35 years of experience as Foreign Language and Communication Professor at Cujae.

She’s also the International Project Management Advisor and Member of the Scientific Council of Cujae Reference Center on Advanced Education, is a member of the Assessment Committee in the National Accreditation Board and Member of the Doctorate National Board in Pedagogical Sciences for 15 years.Fernandez is the coordinator of several international projects and networks with the British Council and English and French-speaking universities in Europe. Her research, papers and publications are on scientific discourse analysis,  development of intercultural academic and professional communicative competencies and university internationalization.