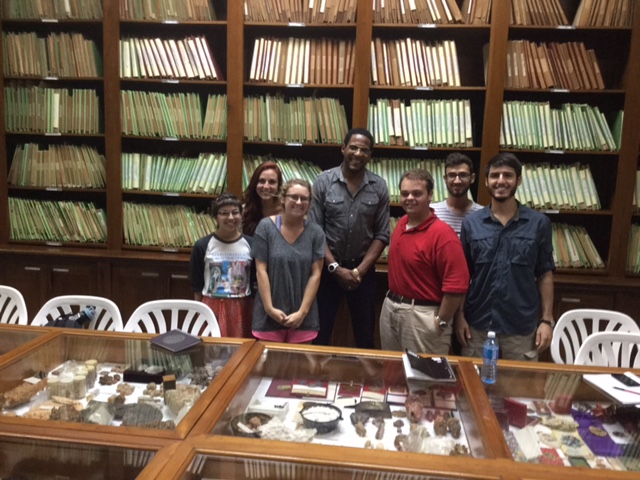 On March 11, students in the University of Alabama Semester Program had the opportunity to meet and talk with with the current world record holder in the the high jump, Javier Sotomayor.

Javier spent over an hour and a half with the UA students. He explained how he at first he did not really want to be a high jumper and that he actually had to, consult psychologists to overcome his fear of heights. He spoke with emotion about the coach that guided him to so many triumphs and about how difficult it was when his mentor passed away.

He talked about the role of talent hunters in the Cuban sports system and about how he was discovered. In response to a question from one of the students, he explained that during the “Special Period” in the 1990s, Cuba actually went through a highly successful period with regard to sports even though there was frequently a lack of food and training facilities lagged far behind those of his competitors. Soto enjoys a close relationship with the Castro brothers and will attend the upcoming “Cumbre de las Américas.”